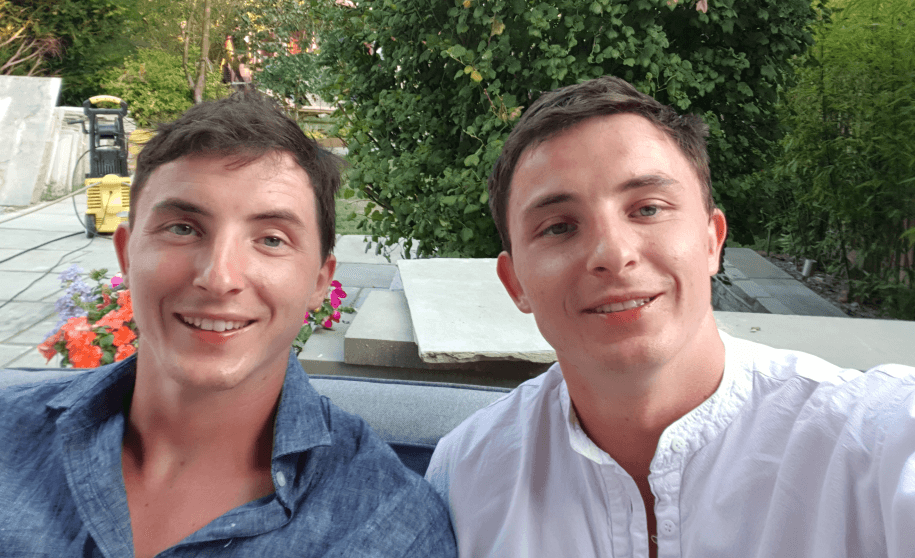 A few years ago, my identical twin brother suffered a traumatic brain injury. The event would change his life completely but also inspire the work we now dedicate ourselves to. It is a deeply personal story and is central to the company, our ethos and vision.

I understand that other people may not grasp what it means to have an identical twin. It is very difficult to describe. We cannot ‘read each other's minds’ or ‘feel each others’ pain, at least Luke and I do not. For us, it is an immensely deep bond, one that existed before we were born and that continues to develop as we grow both physically and mentally.

At a young age, the minds of an identical twin are so entwined it is impossible to differentiate between you or I.

At a young age, the minds of an identical twin are so entwined it is impossible to differentiate between you or I. We would often argue about who experienced the memories we were reminiscing over. I do not remember another distinct individual, rather an extension of myself, in my case a more sensible and reserved one. 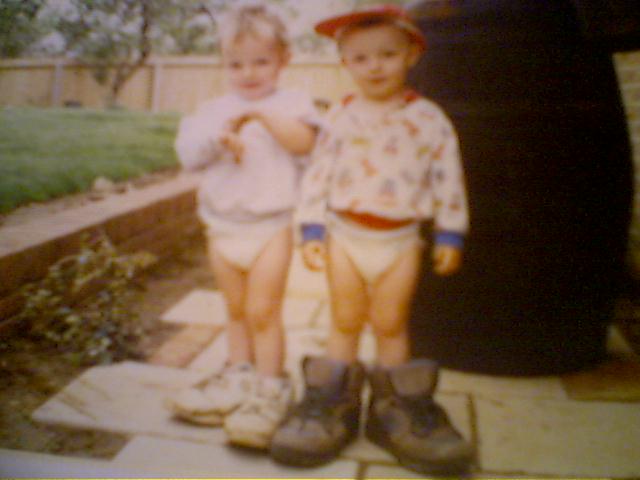 The awareness of how lucky you are takes time to develop in twins. For us, it wasn’t until we both started studying at Oxford did we realise we had something unique and special.

Luke and I both agreed that we would not mention being a twin when first started University. On one particular evening, I got accosted by a complete stranger accusing me of turning up late to labs and performing poorly. “You must be talking about my identical twin brother,” I said, which was received about as well as "a dog ate my homework...".

Fresher antics besides, I think it was seeing my brother in a completely new and separate environment that made me appreciate how privileged we were and how lucky I was to have this particular person as my partner in life. I was very proud of the person he had become.

In time we agreed to support and push each other to be better versions of ourselves. Imagine the world’s best accountability partner, one that shares your ambitions, understands your drives and inner workings of the mind without words. We agreed that at some point after university we would start a business together and try to make a positive mark on the world.

It was not long after this that Luke suffered a serious traumatic brain injury. He fell off a ledge, smashing his head on a brick below. A single horrific instance that both our worlds would pivot on. I carry much guilt about this incident. I was there at the time and it could have just as easily been me.

Luke was put into an induced coma and remained in a critical condition for the next month on life-support. He was very fortunate to survive.

Most people think you wake up from a coma like you would from a long slumber.

After taking an air ambulance transfer to Addenbrooke’s hospital, Cambridge, Luke would spend the next 6 months in a coma. We were told that it would be unlikely he would ever be able to walk and talk again - but they did not know my brother.

Most people think you wake up from a coma like you would from a long slumber. However, for an injury as severe as Luke’s, it’s more like being born again. Starting with just a finger twitch and a gentle opening of his eyes, he would go on to utter a few words and progressively move more of his limbs. 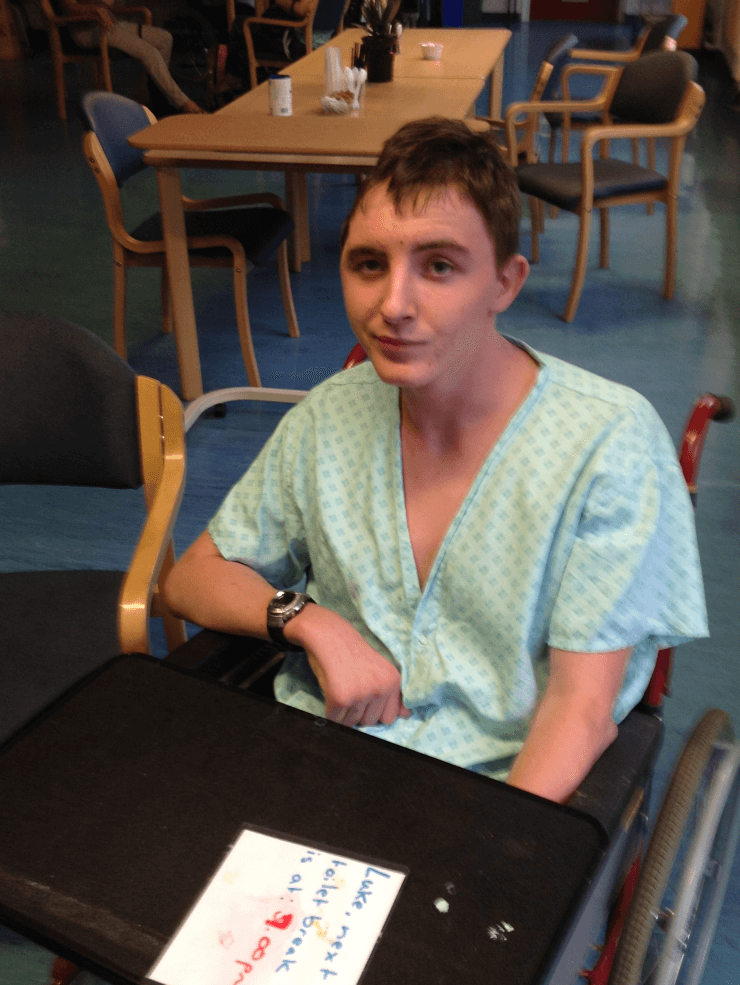 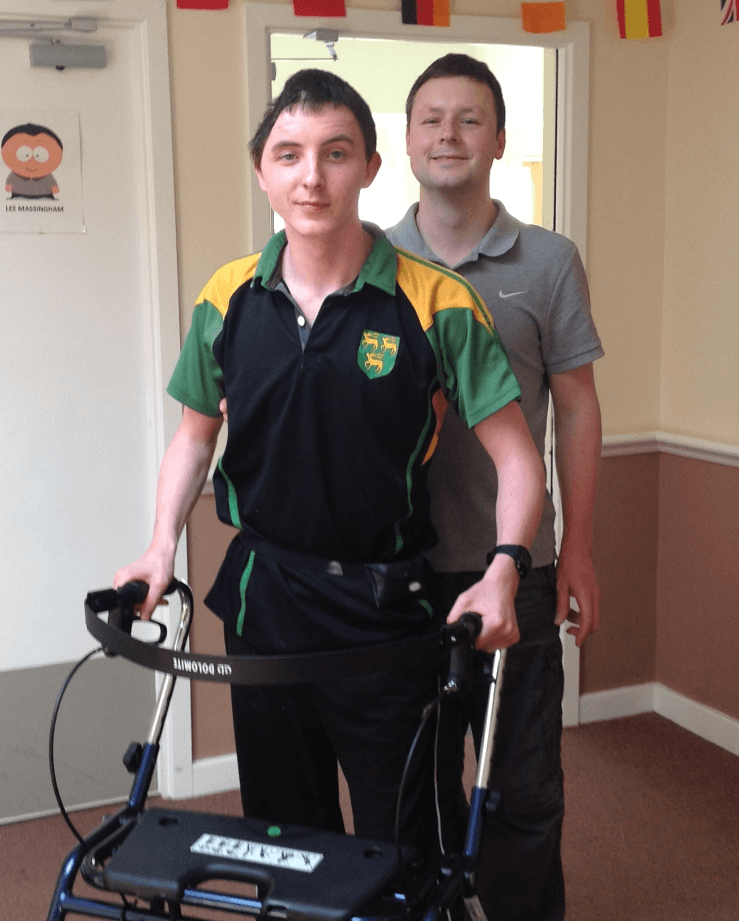 Luke then started the most difficult and trialling journey I think a person can ever take. Seeing his monumental mental, physical and emotional challenges, and the courage and determination he showed in facing them, gave me the strength I needed to keep myself on track. I am also eternally grateful to those friends of ours who were there through thick and thin to support us.

Luke went on to far exceed his initial prognosis. After being told he would unlikely walk unaided he has gone on to gain a place in the GB Paralympic Development Squad with his sights set on Paris 2024 and landing his first paid job since his injury. Despite the cards he’s been dealt, he brings cheer and positivity wherever he goes. I am immensely proud of him. 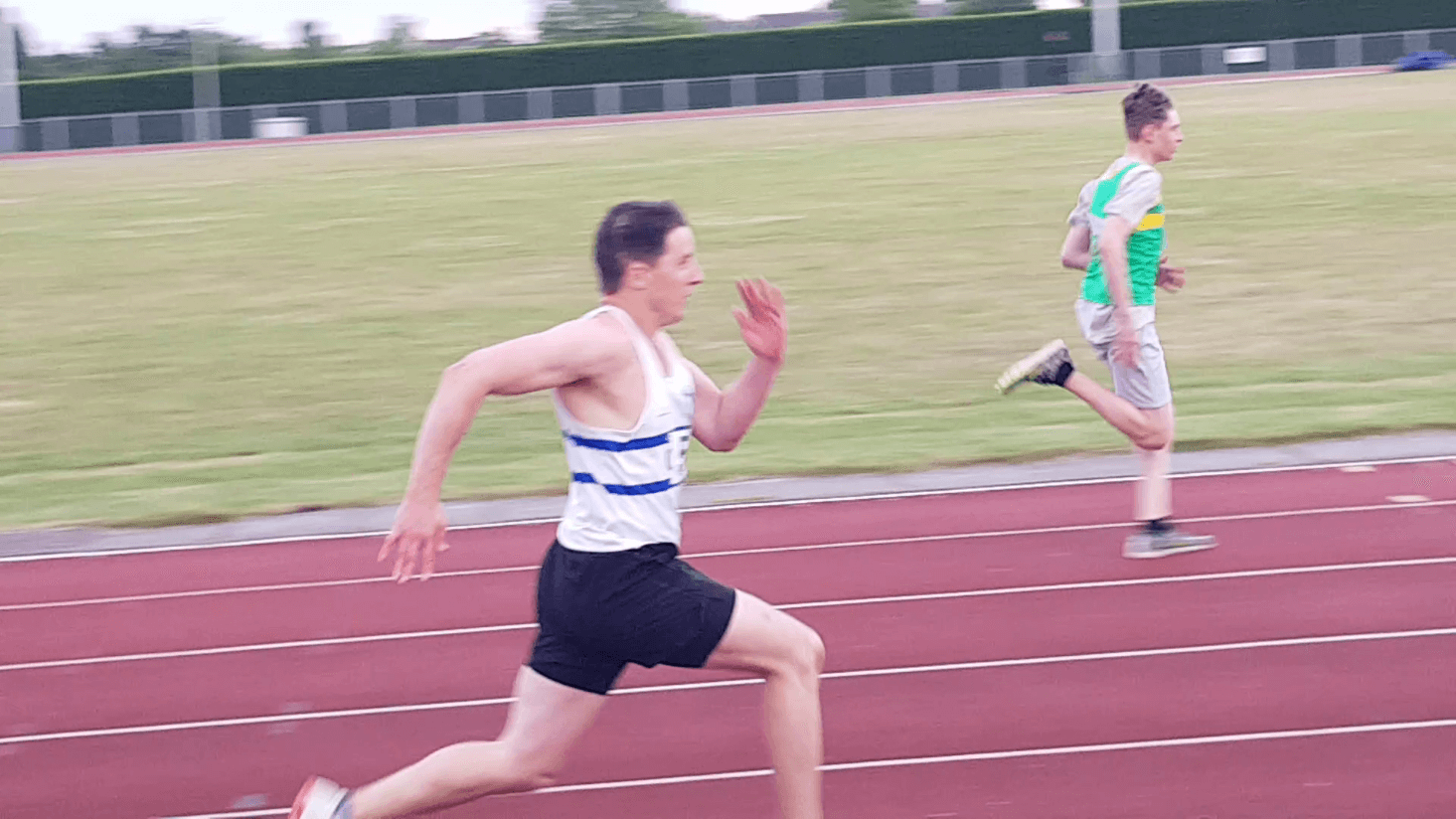 The relative success of his recovery was achieved through a combination of factors. His grit and determination undoubtedly, but also the support of family, friends and caregivers. Optimal recovery requires a coordinated effort between all parties, focusing quite literally on the very next step.

Having access to quality neurorehabilitation is another major factor in recovery and is well-evidenced in literature. Despite this, only a shocking 30% of people receive across both private and public health sectors, due to its high cost and lack of funding.

Luke was fortunate to land an NHS funded spot at one of the finest neurorehabilitation units in the UK - the Oliver Zangwill centre. It was during this period, that Luke truly came to terms with his injury and learned the systems and strategies that would support him.

The typical neurorehabilitation process lasts around 12 weeks, yet recovery from brain injury is a life-long journey. Our family searched and tested every possible program, gadget or exercise we could get our hands on. There are plenty of ‘brain games’ available, but they do not transfer well to real life situations. We needed something actionable.

So, with the help of some amazing people, we began to build something ourselves. Luke and I explored dozens of different concepts and frameworks. We wanted our solution to be low-cost and accessible, whilst also being flexible enough to cater to the varied and unique needs of different brain injury survivors.

The result was Alfred, our mobile app that focuses on three main pillars:

At its core, Alfred is a contextual prompting system that can be used practically or therapeutically. Our smart prompts can be used to reinforce a compensatory strategy, stimulate neural pathways associated with memory, or remembering just to take the bins out.

Users have access to a range of therapeutic methods or strategies that have been boiled down to simple actionable steps that are delivered via our prompting engine, allowing them to be carried out day-to-day.

It's a pleasure working on a project with my brother for a cause that is tied to us both. And, although much has changed, I count myself lucky to still have my special partner in life. I hope that our silver lining is one that can help others who have undergone such experiences. 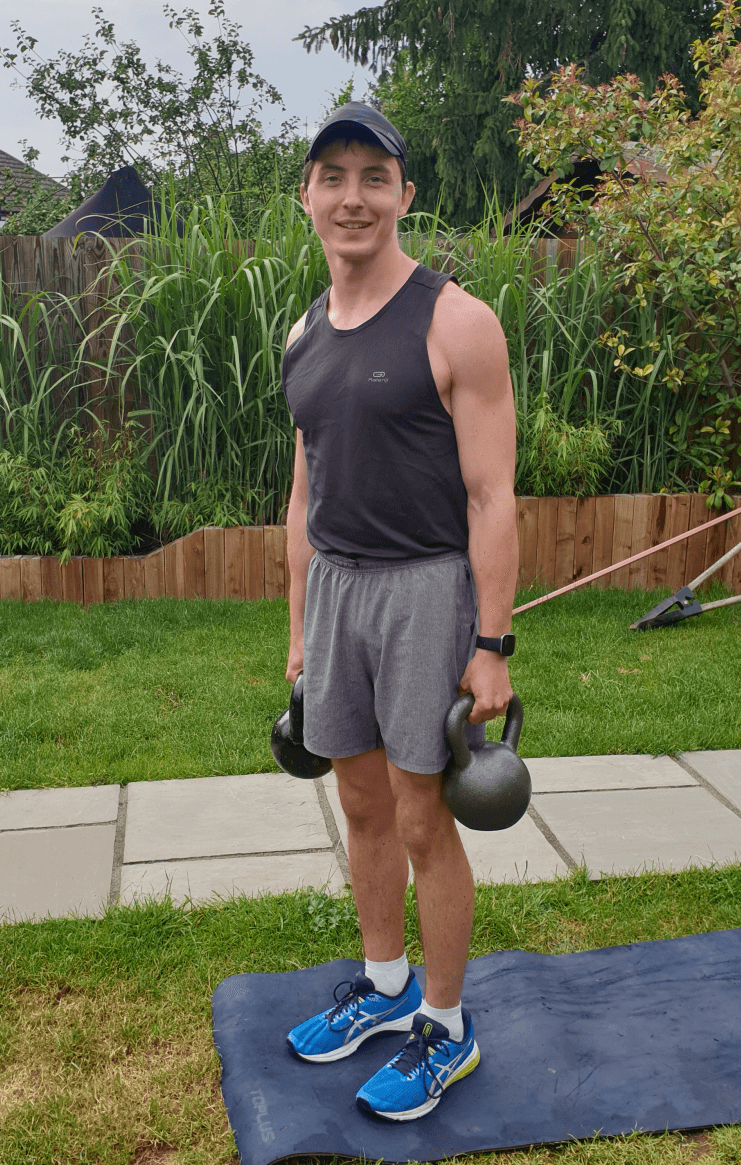 Luke has now ditched his walking frame for kettlebells...

Click here to subscribe to neumind and receive updates, as well as tips and strategies to help with recovery.